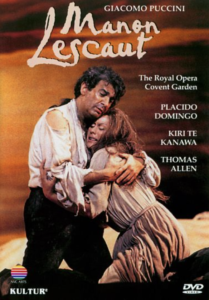 Manon”,wrote Giacomo Puccini to his publisher Giulio Ricordi in 1889, “is I heroine I believe in and there fore she cannot fail to win the heart of the public.” This turned out to be a truly prophetic statement since none of Puccini’s other world successes were received on their first nights as rapturously as Manon Lescaut.

The popularity of Puccini’s great masterpiece has never waned and the highly acclaimed Götz Freidrich production at Covent Garden was hailed as an operatic milestone. Two of the world’s leading stars – Kiri Te Kanawa and Placido Domingo head a strong cast which is conducted by the brilliant Italian composer Giuseppe Sinopoli. Also starring Thomas Allen. 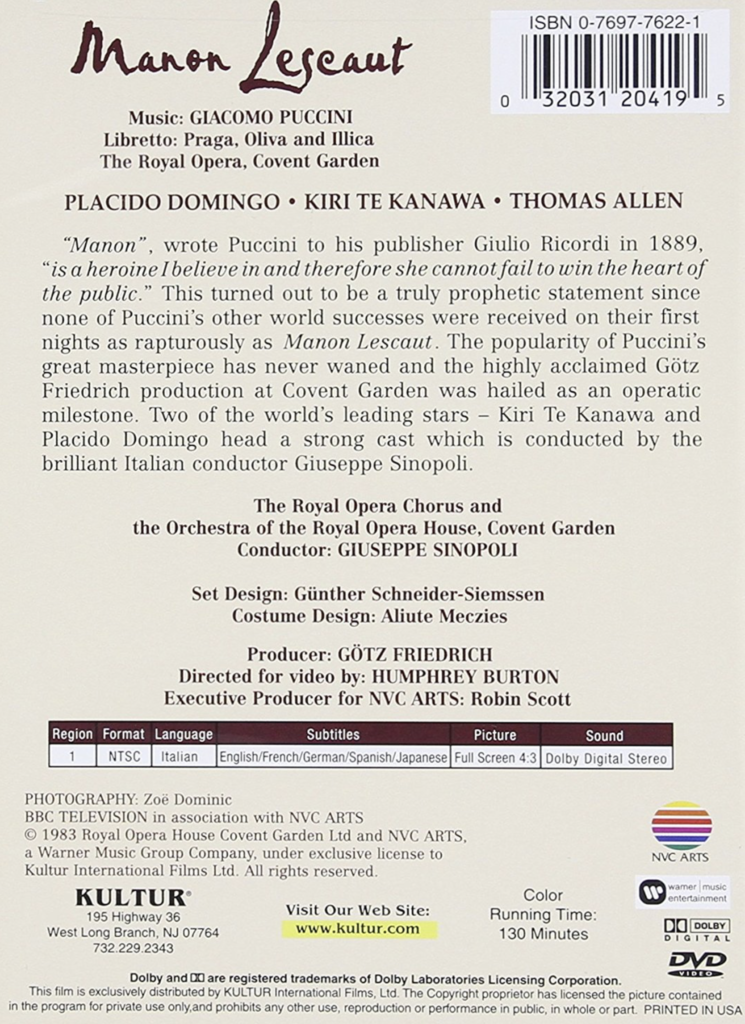